From beer to gourmet beverage 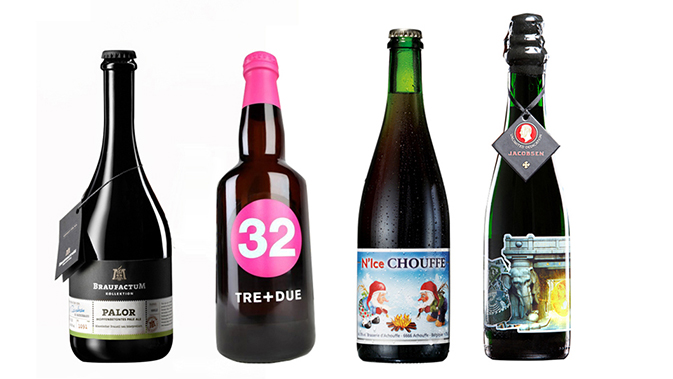 From beer to gourmet beverage

Global beer consumption is declining, but the number of new, premium special beers is growing steadily. Yeast, hops and barley are passé. Today, thyme and curaçao, coriander and ginger caress the spoilt palate of the gourmet.

It looks a little like a small champagne bottle, but costs as much as a magnum: Jacobsen Vintage No 3 from the Danish Carlsberg brewery, at about 2000 kroner (about 275 Euro for 0.375 litres), is the most expensive beer in the world to date. Using an elaborate process, the dead yeast is continuously removed and replaced by fresh yeast. The beer with 16 vol. % alcohol is then aged in barrels that previously contained Burgundy wine from the French Côte d’Or. And the taste of this gourmet beer with a limited edition of 1000 bottles? A blend of "vanilla, caramel, smoky oak, sherry and madeira", according to the manufacturer. In contrast, the Crown Ambassador Reserve Lager by the Australian Crown Company (belonging to the Foster's Group), which has been marketed every year since 2008 in a limited edition of 5000 bottles, is almost a bargain at 50 Euro per bottle. The Radeberger-Group, which belongs to Dr. Oetker, has also been suffering from declining beer sales in Germany and complains of serious price wars. Under the name Braufactum it offers almost 50 international beer specialities at prices between 2.99 and 29.90 Euro per bottle.

Meanwhile, premium beers brewed in Italy and Brazil, in the USA and the Ukraine as well as in Myanmar are leaving traditional beers behind in international competitions. One example is the brewery, 32 Via dei birrai in Venetian Pederobba, founded by Fabiano Toffolis in 2006. His top-fermented Oppale, reminiscent of the American, hoppy Indian Pale Ale, has now become as much of a cult as the Curmi, which is infused with coriander and orange peel.

What's new for the Italians has long been a tradition for the Belgians: The winter beer N’Ice Chouffe from Brasserie d’Achouffe in Belgian Moortgat is seasoned with thyme and curaçao, has a scent of orange peel and tastes of aromatic herbs and bitter like dark, bittersweet chocolate.